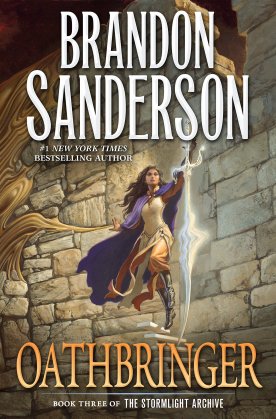 I’ve been debating whether or not I should reread the first two Stormlight books before starting this one, and this debate has been raging in my brain for roughly…oh, eight months? So I figure I should just swat myself over the head at some point and make a decision. Plus my friend’s been wailing at me every other week, “I just I found this Oathbringer thing I need to show you but I can’t because you haven’t read it yet,” and I should probably put him out of his misery.

I wasn’t a fan of Schwab’s Shades of Magic books, so I’ve been somewhat avoiding this one. But then the other day I read Meghan‘s awesome review where she breaks down the anti-hero qualities of the characters and now I’m thoroughly intrigued. Despicable characters that make you love them despite and because of their despicable ways? Hell yes.

3. The Hate U Give by Angie Thomas

I’ve been living under a rock for the last year and a half apparently, because I still have yet to pick this one up. I’ll read it before the movie drops. Maybe.

4. The Last of the Wine by Mary Renault 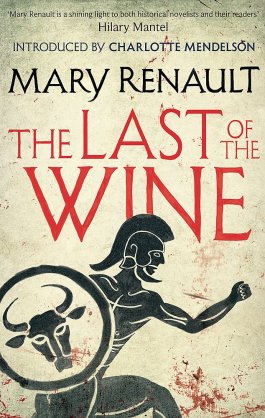 Renault’s Alexander the Great trilogy serves as one of the best examples of what historical fiction can and should be–well-researched and informative, but still brimming with imagination. I’m fairly sure she was a time traveler of some sort, because no modern person be able to describe an ancient culture with that much confidence and intimate detail.

The Last of the Wine is another very Greek, very queer Renault classic and I’m very excited.

5. The Book of Dust by Philip Pullman

When I was in middle school, The Dark Materials series rocked the foundation of my world. I wrote Pullman a long gushing (possibly incoherent) letter on how much I loved the books and received a written version of “Mr. Pullman can’t come to the phone right now as he’s busy with movie deals and being a superstar author. But he sure does appreciate all your calls!” And I didn’t even care because, holy shit, the letter had his signature on it.

So why oh why have I not read The Book of Dust yet? It’s hard feeling to describe but the phrase “paralyzed with anticipation” comes to mind. This book was a long time coming and I both dread and crave what lies inside (if that makes any kind of sense). Basically, it’s another case of me needing to kick myself into making a decision.

And that’s it for me! Have you read any of these? And what books are you looking to get to before the end of the year?

Top 5 Wednesday – Children’s Books to Read as an Adult

“Top 5 Wednesday” is a weekly meme currently hosted on Goodreads by Sam of Thoughts on Tomes, where you list your top 5 for the week’s chosen topic. I thought it’d be fun to join in and that it might help me keep some semblance of a consistent schedule for this blog.

This week’s theme is: children’s books that should be revisited as an adult. As Philip Pullman said, some stories can only be told through the eyes of children. But that doesn’t mean you should stop reading them once you grow older. One thing to note: it’s been forever since I read a new children’s release, so all my suggestions are like, pre-2011. Also, some of these straddle the line between Children/Middle Grade and Young Adult.

1. The Tale of Despereaux by Kate Dicamillo

I could add all of Kate Dicamillo’s works to the list and they would happily fill up the whole roster, but I’ll refrain and just pick one. The Tale of Despereaux is the story of a very special mouse, one with very large ears and an even bigger heart, who falls in love with a princess. If that sounds like a cute fairy tale, brace yourself, because it’s not. As with most of Dicamillo’s works, there are heavy topics mixed in with the soft and fuzzy. This one features prejudice and abuse, but also the power of compassion and forgiveness–a contrast of light and dark that adult readers will appreciate.

Young or old, this is a necessary read that will break your heart and mend it anew.

2. The Golden Compass (His Dark Materials 1) by Philip Pullman 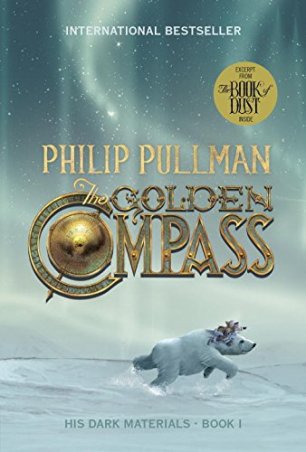 I still can’t believe Pullman got away with calling this series children’s fantasy because holy hell, he took the genre to crazy places others wouldn’t dare dream of going. The Golden Compass (or The Northern Lights) definitely feels more suited for children than the later books, where things get a hell of a lot more dark and abstract. That’s not to say it’s a stroll through a daisy field; there are scenes that freaked me out as a kid and still make me shudder to this day. Then there are bits to do with authoritarianism, religion, sexuality, string theory and such that you just don’t fully understand or appreciate until you’re older.

I think the series is a masterpiece. Others think it’s trash. My church minister said I would go to hell for reading it. And so on. It’s a shifting minefield of opinions. So if you read the books as a kid, it’s definitely worth going back and re-examining them with shiny new adult eyes.

3. The Graveyard Book by Neil Gaiman

The Graveyard Book is a retelling of Kipyard’s The Jungle Book. In Gaiman’s version, the story is set in contemporary times and the main character, Nobody, gets adopted by the denizens of a graveyard. The graveyard Gaiman creates is a strange, beautiful world of its own filled with its own traditions and mysteries. It’s one that rivals adult fantasies in terms of atmosphere and detail, so you get just as much enjoyment and wonder out of it as you did when you were a kid.

The story is also worth revisiting just for the full-cast audiobook version, which is absolutely stellar and really helps bring the characters to life.

The first in the Enchanted Forest Chronicles is a clever story that subverts classic fantasy and fairy tale tropes. When our protagonist, Princess Cimorene, overhears that she will be married her off to some random Prince, she decides to take matters into her own hands by running away and volunteering herself to be the personal princess of a dragon. Now, if all the knights and princes would just stop trying to rescue her, things would be perfect.

Cimorene isn’t a “not like the other girls” brand of rebellious princess, which is great, and her no-nonsense attitude and wry humour will be an absolute delight for older readers. All in all, it’s a fun and charming read that I often return to when I need a pick-me-up. 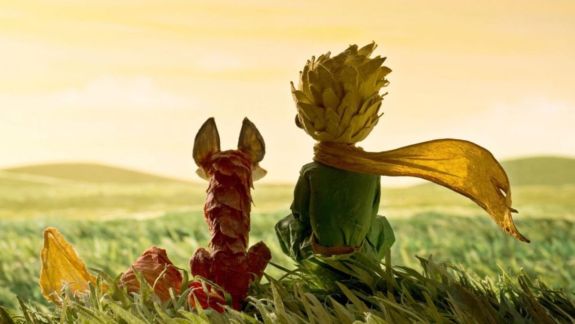 The Little Prince is a small book that is chock full of timeless wisdom and I think its teachings become more and more relevant as you grow older. What was once a strange, but wonderful, little story about a pilot who meets a boy from the stars, becomes a story on the nature of love and remaining true to yourself in a world that tries so hard to scrub the magic out of you. I first met Little Prince and his friends when I was six and they have lived deep in my heart since, ever a source of inspiration and comfort. Wherever Saint-Exupéry is–and I like to believe that he flew himself all the way to Asteroid B-612–I hope he found some measure of peace and happiness, as I found in his words.