Top Ten Tuesday: Traits I Like in Characters (Sorted by Character Class/Type)

Top Ten Tuesday is a weekly meme hosted by  The Artsy Reader Girl. This week’s topic is “Traits I Like in Characters,” but I decided to get a little more specific, because honestly, there are a LOT of traits that I like in characters.

And a couple of years ago I realized that there are specific trait + character class combinations that I like more than others. And traits that I usually find annoying in one class I love in another. For example–thieves (rogues) and sarcasm? Been there done that. But sarcasm in, say…a medic type of character? Much more interesting.

So these are some of my favourite traits for specific character classes/types.

I have a **thing** with people–er, characters–who have power and status and aren’t good, per se, but are sticklers about manners and respecting personal boundaries.

Just because you rob innocents out in the sea and commit a murder or two or a dozen every now and then, doesn’t mean you have to be rude about it.

This is actually a trait I’m meh about in assassins and thieves. But give me a feathered hat, a parrot, and a show of authority and POOF, magic happens, I guess.

These characters are capable and dangerous–cross them and they’ll run you through with a knife without a hitch in their moral compass–and everyone knows it, including themselves. But the confidence isn’t a forced act they have to put on. It’s like a second skin for them, and they know exactly when to dial it down and when to blast it in full-force. That awareness and control is a sexy, sexy thing. 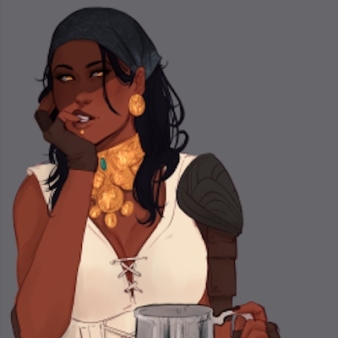 – Isabela (aka my video game wife) from Dragon Age 2

Because I’m a contrarian. And I fall hard for kindness in any type of character.

But genuine kindness in someone whose job is anything but kind–someone who deals out cold, calculated death on a regular basis–is something that’s especially attractive and fascinating to me. The fact that they’re able to retain their humanity when there’s so much blood on their hands is nothing short of incredible.

– FitzChivalry (Realm of the Elderings series by Robin Hobb)
– Girton (The Blood of Assassins series by R.J. Barker)

Nothing hotter than an assassin who debates religious philosophy with you and says a nice prayer for your passing after they stick a knife between your ribs, eh? 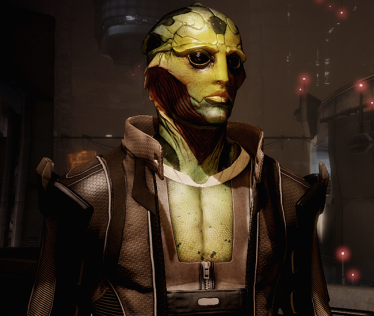 This is how I always want my sarcasm. Served with a big bowl of fireballs.

See, being a spellcaster is hard life, folks. You’re the easiest target in battle. You’re more often than not shoved into the role of a sidekick (when you’re not being burned at the stake, that is). And who gets most of the credit and glory at the end of the day? Yeah. The guy with the pointy stick.

So a wizardy or witchy type of character with a sarcastic, I’ve-had-enough-of-this-shit attitude is…cathartic? Satisfying? Something along those lines.

2. Brassy with Low Tolerance for Idiots

See above? I especially love female witches/wizards who are like this, because we can never have enough loud, outspoken women in fiction.

I look at seerhood in most stories as more of a curse than a gift. And as with assassins, I think it’d be incredibly difficult to retain your humanity (or sanity) in this particular line of work. So, to me, a seer who possesses a kind of bright-eyed innocence, even with the weight of millions and millions of lives bearing down on them, is someone to be treasured.

This isn’t a character I come across all too often, and I’d love to see that remedied. Because people who enjoy charging into the thick of a fight, blades and guns drawn, don’t necessarily have to be extroverts. They may be anxious about socializing and quiet in a crowded room, which is perfectly fine and should be more normalized, in my opinion.

Listen, I love vigilantes and anti-heroes as much as the next person. Characters who “break bad” because they believe society is rigged, and flirting with the dark side is the only way to achieve justice in the long run. They make for fantastic stories.

But I love the flip side of it even more: public servants who stay within the limits of the law because they believe, with every ounce of their being, that you can’t right wrongs with more wrongs. These characters never waver in their convictions, even when those around them–people they love and trust–are choosing to discard the law and societal order for personal gain. Or if they do waver, if they end up going through moments of crisis, they come out on the other side even stronger.

I may not always agree with them, but I find these characters admirable regardless.

Sooooo, if there are any cocky pirate captains and good-hearted assassins reading this…*cough* My DMs are open

“Top 5 Wednesday” is a weekly meme currently hosted on Goodreads by Sam of Thoughts on Tomes in which you list your top 5 for the week’s chosen topic. This week’s topic is: independent ladies!

Yup, this is a day late! But it’s been a bit of a busy week, and my brain insisted on complicating the prompt by asking questions like:

And “If a female character is involved in a romantic subplot and still gets shit done, isn’t that also a testament to how supportive the love interest is?”

Anywho, on to the show! (I tried to go for a variety of genres/subgenres for this one)

“I am nothing. I am no more than a blade of grass. But I am. You think you know evil? Here it stands.”

AKA my favourite female character in all media (despite the “ending” they gave her). You see, Vanessa Ives doesn’t walk around seeking romantic subplots. The romantic subplots seek her out, begging for a crumb of attention, because she’s a planet of her own goddamn making and her law of gravity is the only one worth obeying. For 3 seasons she does her own thing–a mesmeric combination of fearlessness and vulnerability, of kindness and unbridled anger–and the would-be suitors trail behind her with flowers, crying, “Please notice me!”

Vanessa has forever redefined the idea of a strong female character and I will live and die on her altar ’till the end of my days.

Anne is given what has to be the worst hand of cards that could be dealt to a female protagonist in fantasy: her father has been accused of treason and kidnapping and is now on the run; her younger brother has been thrown in prison; her mother has succumbed to insanity; and now she’s received news that her younger sister has died in an “accident.” Oh, and on top of it all, she’s about to lose her family estate.

Yet she remains on her feet, head held high. With logic, empathy, and sheer determination at her disposal, she carves out a place at the royal court, uncovers a dark conspiracy, and saves the world. Brava, Damoselle. Brava.

It’s kind of impossible to explain why she’s such an incredible character and why she belongs on this list without going into spoilers, so this is gonna be vague.

Julie is a WW2 British spy who gets captured by the Germans and is forced to write up a comprehensive confession detailing everything to do with the British war effort. Gorgeous, clever, and sophisticated, she’s always had the attention of boys. But it’s her best friend Maddie who’s had her heart. And it’s Maddie that she keeps in mind as she’s tortured and interrogated to a breaking point.

Julie’s choice isn’t an easy one, but it’s one she stands by…and there’s a lot to be said for that.

And “Kiss me, Hardy” remains three of the most devastating words I’ve ever read.

“I am often thought of as being remarkably bright, and yet my brains, more often than not, are busily devising new and interesting ways of bringing my enemies to sudden, gagging, writhing, agonizing death.”

Flavia de Luce–chemist extraordinaire, amateur sleuth, and precocious tween–has no time for your romance nonsense. Not when there are delicious murders to be solved and chemical experiments to conduct. I mean, she’s also 11 for most of the series (because the author seems to want to keep her as a preteen for the rest of her life) so romance isn’t really on the menu for her right now, but still. She has little patience for the foolishness of adults and since no adult in her life can seem to rub two brain cells together to solve a murder, it’s up to her to figure things out. Again. 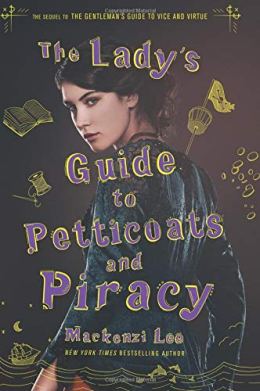 Felicity is one of the best female characters I’ve come across in the past couple of years and I absolutely adore the development she goes through in Lady’s Guide. This is a girl who knows she can go toe-to-toe with the men when it comes to medicine and science, and she will do what it takes to prove that–to herself and to others.