Come On In Anthology – Thoughts and Doodles

From some of the most exciting bestselling and up-and-coming YA authors writing today…journey from Ecuador to New York City and Argentina to Utah, from Australia to Harlem and India to New Jersey, from Fiji, America, Mexico and more… Come On In.

With characters who face random traffic stops, TSA detention, customs anxiety, and the daunting and inspiring journey to new lands, who camp with their extended families, dance at weddings, keep diaries, teach ESL, give up their rooms for displaced family, decide their own answer to the question “where are you from?” and so much more, Come On In illuminates fifteen of the myriad facets of the immigrant experience.

I know my posting schedule has been sporadic and absent at best, but not to worry – I haven’t disappeared completely! Just…hibernating for a bit until I can cobble together some energy to finish writing posts (and socialize). My draft folder is a bit of a horror at the moment.

Note 1: This particular post is going up rather late due to Life Issues, so thank you to the Hear Our Voices team for being patient and understanding!

Note 2: Also a hearty thank you to Adobe Digital Editions for refusing to save the latter 70% of my reading notes and me for not realizing until three weeks later. I always enjoy that.

Why You Should Read (feat. hasty doodles)

Adi Alsaid was born and raised in Mexico City, where he now lives, writes, and spills hot sauce on things. He’s the author of several YA novels including LET’S GET LOST, NEVER ALWAYS SOMETIMES, and NORTH OF HAPPY.

Mini Reviews: Untamed Shore & Wolf in Sheep’s Clothing – A Shark and a Wolf Walk(?) into a Bar

This is an odd one. One of those books that send your brain into a bit of a lull. And I enjoyed it (with a faint question mark attached). But I think I enjoyed it as I’d enjoy sitting on a boat in the middle of a lake for five hours, fishing line cast out, the sun dipping in and out, and catching a single minnow at the end of it all. I can’t decide whether it was meditative or just plain dull, but then I remember that it was a nice day and the birds were singing, so I decide on the former. I probably wouldn’t try it again, but I appreciate the one experience.

It’s an atmosphere-driven book first, character second, and plot third. Moreno-Garcia shows why she’s one of the best when it comes to immersive settings. Baja California is a slow and stifling shoreside town and you can practically feel the heat emanating through the pages as you read. It’s no big city offering glitzy displays of culture, but small places can have just as much character and magnetism, and this story shows that. And Viridiana is a realistic, if unlikable, product of such a place: a little impulsive, a little adventurous, and teeth-grindingly naive. The book definitely works better as her coming-of-age story than a thrilling crime novel because the latter aspects, with the American tourists and their secret troubles, rather underwhelming and a side attraction to the Viridiana Show.

Overall, it’s a lazy immersive sprawl of a story that was worth the read but nothing that really stayed with me afterwards. A brief, quiet fling. 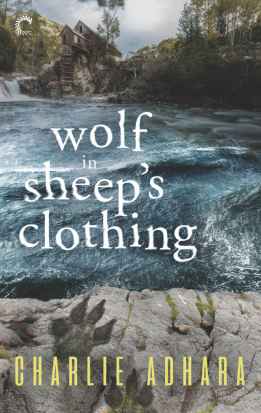 Two of my most pressing questions in the last few years (pre-COVIDapocalypse): 1) When will Blackpink get the respect they’re due from their company? and 2) When will Charlie Adhara release a mediocre book?

The answer is probably the same for both.

We are sitting at book 4 in the Big Bad Wolf series, and I continue to be impressed and delighted by Adhara’s ability to write consistently at the top of the game. She dives into the shapeshifter trope with fresh eyes, creating characters who feel like real people navigating traumas and insecurities, not cardboard cutouts doling out conflict for conflict’s sake, and each book adds new lines and shading to the image that is Park and Cooper. And that continues here. An undercover mission to a couples resort. Murder upon murders. Cooper figuring out that there are so many layers to a relationship, and huh, isn’t that a scary thing, but also a massively wonderful thing?

Expect an overdue Why You Need to Read this Series post in the next week or so!

Find me (and my art) @aildreda on: