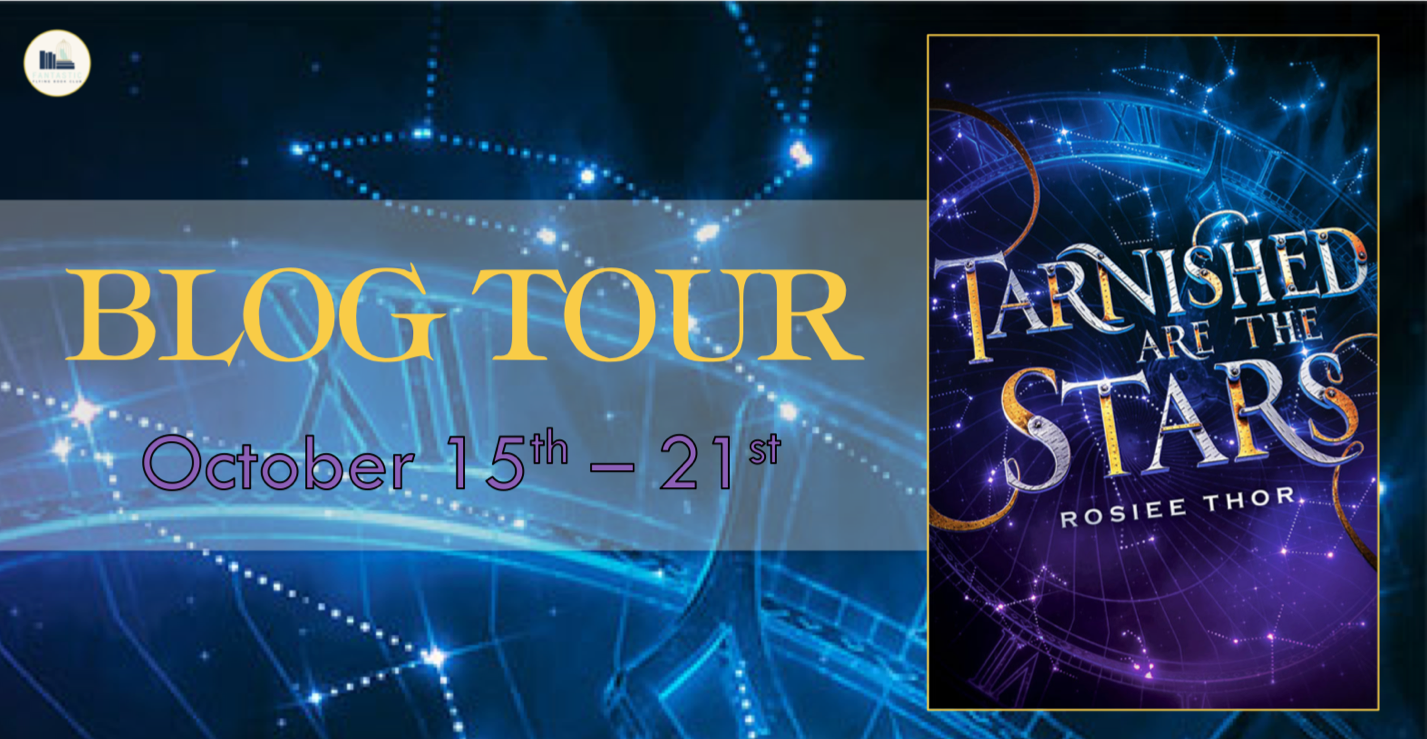 Tours, tours, tours! I forgot that I signed up for so many of them. I’m still on a semi-hiatus right now, but there are majorly exciting news coming in the next couple of weeks, and I CANNOT WAIT to tell you all about it. I’ll just say…if you’re a fan of a certain fantasy series that revolves around tarot cards, then you might want to keep your eyes peeled on the blog and on Twitter. *goofy grin*

Now, for the book in question! Tarnished are the Stars is an ownvoices steampunky scifi story (which is the best kind of story, really). It wasn’t for me, unfortunately, and that’s 100% a “ME” thing–I’ve been intensely picky about books lately, and if I can’t get into the writing style, I just can’t get into the story.

I’ll be posting a mini review after the tour ends, so in the meantime, enjoy this spotlight! 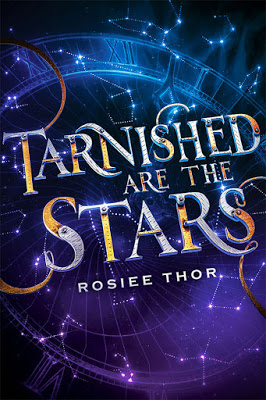 A secret beats inside Anna Thatcher’s chest: an illegal clockwork heart. Anna works cog by cog — donning the moniker Technician — to supply black market medical technology to the sick and injured, against the Commissioner’s tyrannical laws.

Nathaniel Fremont, the Commissioner’s son, has never had to fear the law. Determined to earn his father’s respect, Nathaniel sets out to capture the Technician. But the more he learns about the outlaw, the more he questions whether his father’s elusive affection is worth chasing at all.

Their game of cat and mouse takes an abrupt turn when Eliza, a skilled assassin and spy, arrives. Her mission is to learn the Commissioner’s secrets at any cost — even if it means betraying her own heart.

When these uneasy allies discover the most dangerous secret of all, they must work together despite their differences and put an end to a deadly epidemic — before the Commissioner ends them first. 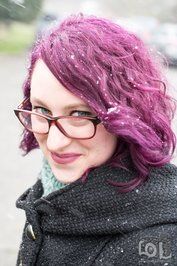 Rosiee Thor began her career as a storyteller by demanding that her mother listen as Rosiee told bedtime stories instead of the other way around. She lives in Oregon with a dog, two cats, and four complete sets of Harry Potter, which she loves so much, she once moved her mattress into the closet and slept there until she came out as queer. 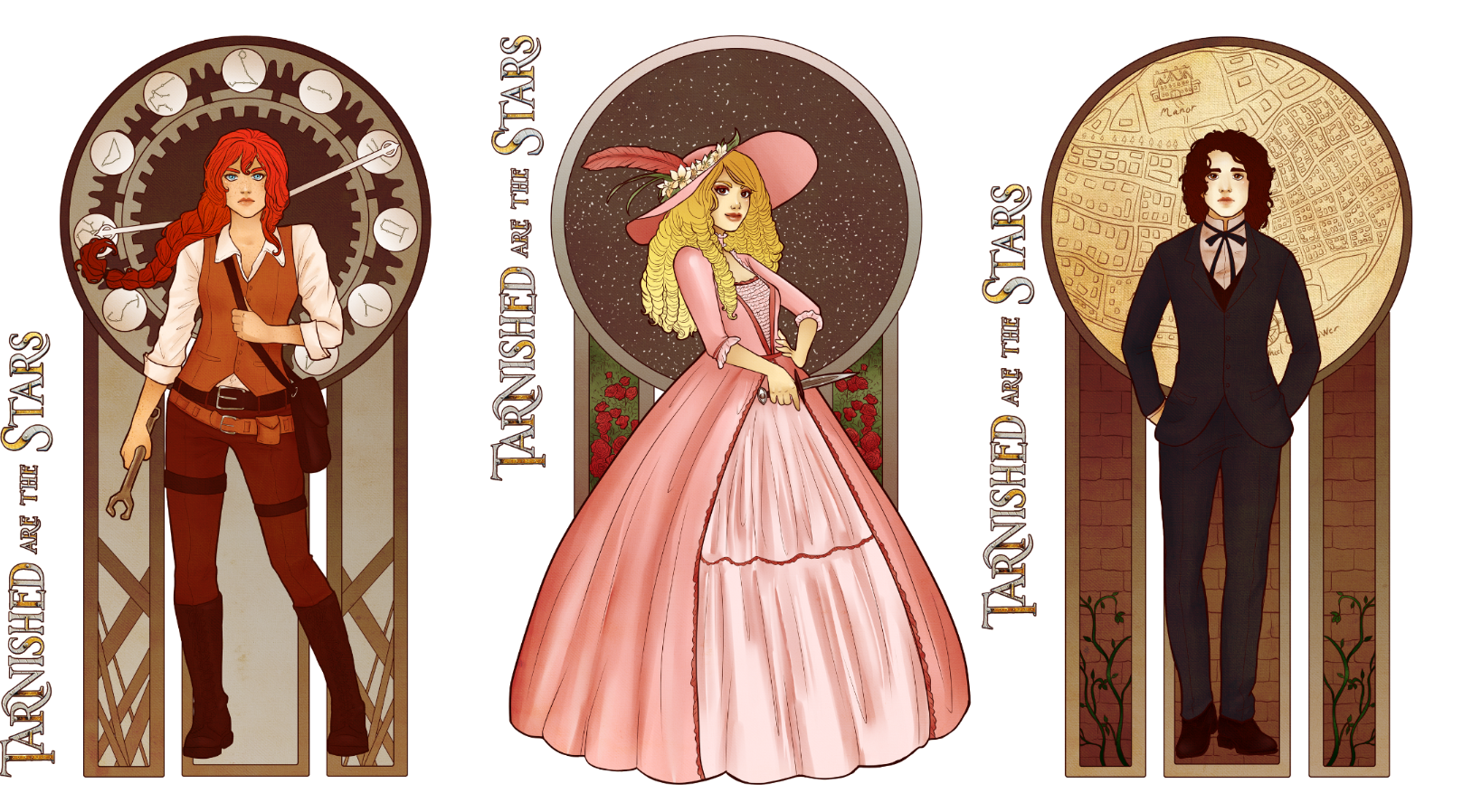 The giveaway is open to U.S. residents only. Ends October 29th. Enter HERE.

You can check out the rest of the tour stops HERE.

Kathy @ Pages Below the Vaulted Sky

Guest Post (The Vine Witch): A History of Witches in France | Feat. Giveaway (US)

Come On In Anthology – Thoughts and Doodles

DNF Reviews: Tarnished are the Stars & The...

Review: The Infinite Noise – Fine with a...

I have this idea in my head about your news AND I HOPE I’M RIGHT!😁

Ahahaha I have no idea what your guess might be, but TAMMY, it’s going to be So. Much. Fun. I can’t wait to share it with you all!!!

Can’t wait to see what fun stuff you have planned, Kathy!
Also, this book looks pretty good, I LOVE the cover. 🙂